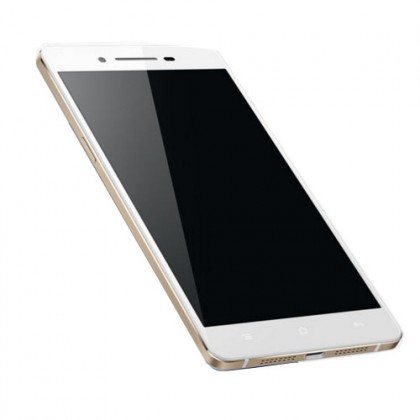 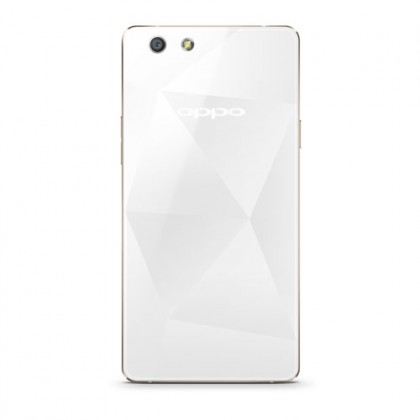 Faceted DesignA Different Kind Of Shine
The upcoming R1x carries over the aesthetic design of the R1 series, with a uniquely aesthetic faceted back cover that is available in (white) and (black). Behind the faceted design are individual sections that were crafted using a sophisticated UV embossing technique, to create high-gloss and low-gloss areas capable of reflecting different rays of light, delivering a visually stunning effect rarely seen in smartphones.

Thinner And LighterBringing New Dimensions
With clever structural stacking and a thinner and lighter high definition screen, the R1x has been slimmed down to 6.8mm and weighs only 130g. The R1x also comes with an advanced processor and a large, 2420mAh battery.

PrecisionExquisiteness Above Expectations
The R1x's aluminum-magnesium alloy frame, which is similar to the OPPO R5, was constructed using CNC machines to ensure a robust, high-strength that lasts. The alloy frame weighs in at only 130 grams and reinforces the body of the R1x which has an overall thickness - or rather thinness - of only 6.8mm, making single-handed use easy for all.

New Generation Of PI (Pure Image)
Remembering with every touch, each picture a pause. The R1x's Pure Image 2.0+ digitally encapsulates your cherished glimpse in time. The PI engine is not just a package of simplistic functions; it intricately utilizes a visual characteristics library.

When taking photos with smartphones, it helps to imagine OPPO's PI Engine, as the brain within the camera. It adjusts the white balance, brightness, auto-focus, face recognition along with other variables to produce the best shot on the go.

After Focus
First Take A Photo And Then Focus
The R1x's After Focus function allows for a photo to be taken then for adjustment to be made to the focus point by applying the full-depth-of-field focus technology. It is possible to focus freely and to change depth of field in the final picture. Depending on the alteration to the focus point, far or near, high or low, the resulting image will differ.

Double ExposureEndless Fun
Take two separate photos and overlap them into one final image, resulting in a unique and fun photographic effect.

Pixel EyesHigh Definition ScreenBeauty Shines from All Sides
From the world leading screen supplier JDI, the R1x is equipped with a 5.0-inch Pixel Eyes high definition screen, which is 30% thinner and transmits 15% more light than an ordinary screen. As a result, the screen is slimmer, sleeker and clearer.

ColorOS 2.0.1Smart Companion With Attention To Detail
The undisputed choice of 20 million users around the world, with the recently added touch-free screen lock, and easy screenshots, ColorOS 2.0.1 gives you an easier and faster operating experience. Other interesting highlights include the mood jukebox and O-Video, bringing you little surprises.Great fun is right in your hands, giving you the feeling of being well taken care of.